After the release of Manje Bistre’s teaser, Gippy Grewal gave us all of us a surprise on his big budgeted film, Bhai Jaita . Gippy looks stunning and unique in the film’s poster which he released on his Facebook page today. Bhai Jaita will be directed by Simerjit Singh and produced by Avneet Sher Singh. The film shoot will commence from April 2017 and will release next year. The budget of the film is massive in 8 digit numbers and maybe we will see Bollywood actors in the film too. Apparently, Bhai Jaita took 2 years of planning.  Now, isn’t this an exciting news for all of us? 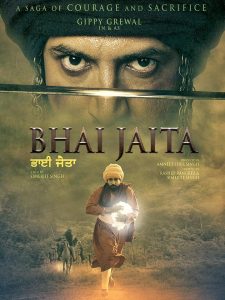